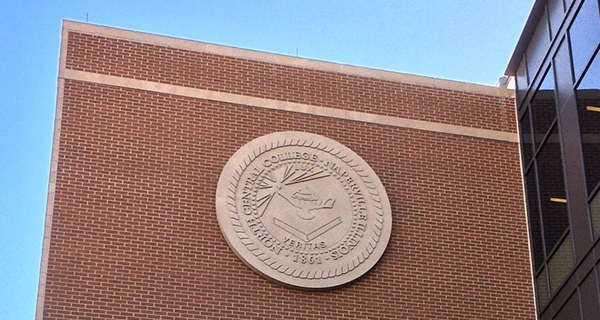 Construction was underway on North Central College’s Wentz Science Center in Naperville, Illinois. All it needed to make its grand debut was seemingly impossible exterior signage.

North Central College came to Blooming Color. Because we ink the impossible every single day.

When North Central College asked us to help them create the exterior signage for the Wentz Science Center, they needed it to be cost effective, lightweight, and look just like cast concrete . . . and they needed it in eight weeks.

No problem. We ink the impossible before breakfast.

The sign’s large size seemed an obstacle, but we saw only an opportunity –  building the seal from multiple pieces and assembling on-site to solve logistical restrictions.

We were able to quickly find and partner with an artisan who could tackle the design, time, and budget constraints. With production underway, we collaborated with one of our trusted outside installation teams to assemble and install the sign prior to Homecoming. While they cut the ribbon for the Wentz Science Center on October 20, 2017, we cut up everyone’s disbelief.

The feat of ingenuity we pulled off for the Wentz Science Center at North Central College was a sign of the impossible. It’s not just a piece of work; it’s a conversation piece. Bystanders still can’t believe the sign isn’t cast concrete, but rather is so light, it could be lifted by hand.

Blooming Color’s revolutionary approach to printing is rooted in relationships, and we strive to be partners for life. After the exterior sign’s success, we partnered with North Central again to ink all the interior way finding for the science center, and four other buildings on the North Central College campus.

We’re living proof that when you have ink, imagination, and innovation, you can do anything. Because when you blow past a sign that says ‘impossible’, beyond what people believe, there’s no limit on how far you’ll go. 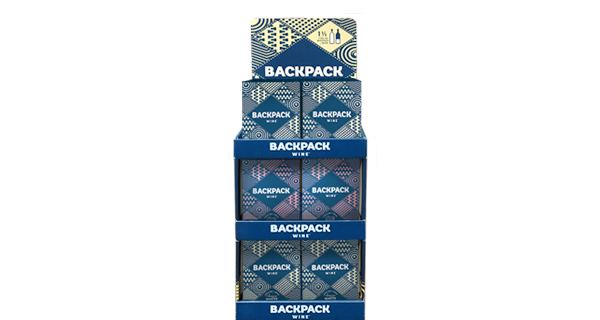 Backpack Wine, a high-end canned wine company, offers great-tasting, quality wine in a take-anywhere, easy-open, recyclable can. With that kind of imagination, Blooming Color just had to become their partner for life.

As an emerging canned wine brand, Backpack Wine needed to flow into more retail outlets. With an ever-increasing number of competing canned beverages battling for shelf space, Backpack Wine was faced with the challenge of visibility in the marketplace. But at Blooming Color, we know there are no obstacles – only opportunities.

We put our innovative ingenuity to the test and poured Backpack Wine a packaging solution to showcase its product in retail outlets – without taking up shelf space.

We specialize in standing out and standing apart. Using a concept provided by Backpack Wines, we engineered a slim cardboard standalone point of purchase display to showcase Backpack Wine’s products throughout a store. The mouth-watering display could attract customers anywhere, from aisles to checkout areas, and eventually in their shopping carts. In a feat of art and science, the display boasted 4 shelves, and held up to 24 packages of Backpack Wine to tantalize consumers by skipping the cork and grabbing a pack.

In a feat of artful craftsmanship, we inked the impossible for a drink that stands apart. The display we crafted cracked open a new threshold of success for Backpack Wine – with help from our unique, eye-catching design, they were able to increase the number of retail outlets over the course of their inaugural summer season. Cheers! Here’s to inking the impossible! 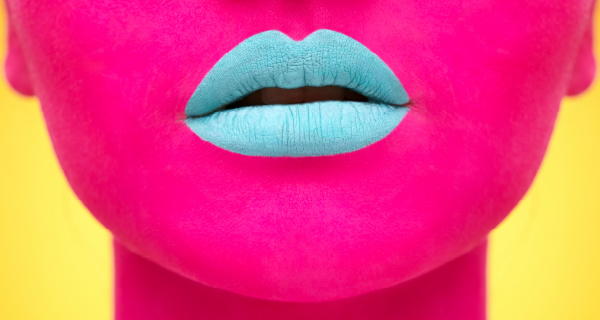 The future of print is now, and it’s neon.

Blooming Color has expanded our HP Indigo ElectroInk Fluorescent color palette. Because, as Chicago’s leading commercial printer, we push print to its pinnacle.

That’s why we’ve partnered with HP to be one of the first companies to offer the newly developed HP Indigo ElectroInk Fluorescent Yellow, Green, and Orange. Together with our revolutionary HP Indigo ElectroInk Pink, Blooming Color can help you achieve never-before-seen colors that pop off the page.

And if the vibrant quality of the colors wasn’t enough game-changing innovation for you, the new HP Indigo ElectroInk Fluorescent colors even glow under UV light.

With the innovation of HP Indigo ElectroInk Fluorescent Inks and the ingenuity of Blooming Color, inking the impossible has never looked brighter. 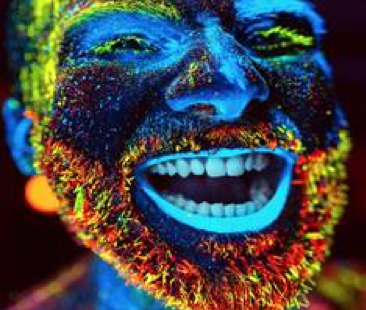 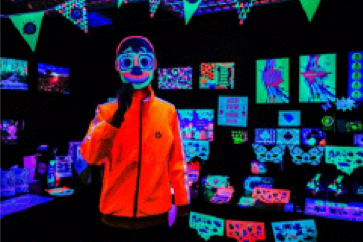 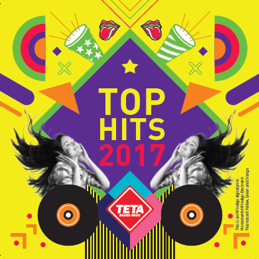 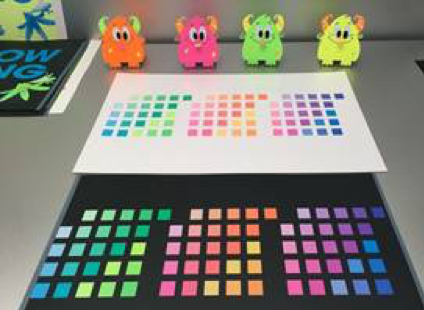